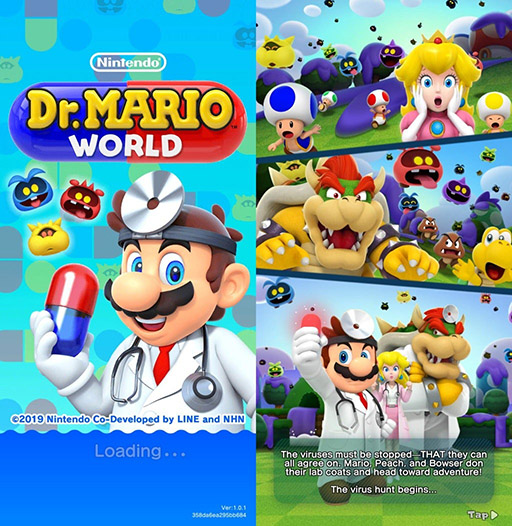 I downloaded Dr. Mario World for Android (also available on iOS) the other night and played the first 25 levels in one sitting. What can I say. It's an awful game. The developer Line (the company that makes the Line messenger that's hugely popular in Japan) did not put any heart into this. Right away you notice the generic overworld map that we've seen many times before in Mario Party and other games. The sound effects are cheap and barely tolerable.

The gameplay has been altered to work with touch controls better, so capsules now float up instead of falling down, which is odd, but not really a dealbreaker. What IS a dealbreaker is the general blandness of this game and the obvious lack of any Nintendo magic whatsoever. I had no desire to continue playing after the first few levels. Adding Bowser, Peach, and others as playable characters is a nice touch, but what's the point of putting nice touches on a terrible game? There are several new types of blocks and other gimmicks to change up the gameplay, but none of them help the game become even passable.

From this long-time Dr. Mario fan, this game gets a 1.5 out of 5. Nintendo obviously did very little supervising of whatever Line and NHN were doing with the idea, and the result is a substandard product not worthy of a Nintendo title. The good news is that there are plenty of older Dr. Mario titles on other systems that are fantastic. Go find yourself one and play it. 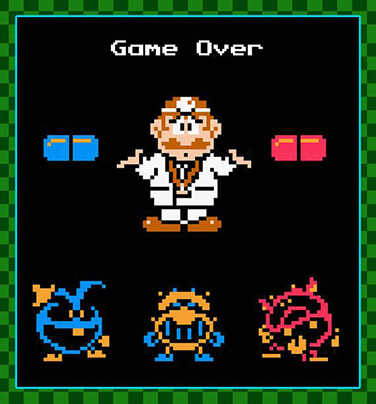 WOW well good to know. Hard to believe Nintendo would let this slide. Im not a big phone-game guy, but i did try Mario Run and of course the Mario Kart, which i lost interest pretty quick. Guess i don't need an appointment with the Dr.
Add me SW-7405-4295-8509

I didn't even know they had that on mobile. Giving a download as we speak.
Gaming Forums

The game tires me enough, in addition the game becomes more and more difficult from a certain time, we are forced to have the new characters to be able to continue otherwise it becomes very complicated to follow.

I personally liked Dr.Mario World and think it is one of the best Nintendo mobile games along with Super Mario Run. Its not as cool as the console Dr.Mario Games but still good for a mobile game. What are your opinions on the Dr.Mario mobile Game?
You must log in or register to reply here.
Share:
Facebook Twitter Reddit Email