Anyway the way you find these if you are not familiar with it is by when you land in the Galaxy you go into first person and look to the left. When you look on top of the glacier you will see three figures. These are the sky trees.

Supposedly they are enemies that try to kill you.

In case you are wonder the trees are not some creepy pasta. they are very much real.

@creeprkillr11305 wow, well i just looked it up and read a little bit, and no i didn't remember this at all. Looks like there is still no definite answer either. Looks some alien ghosts wondering what Mario is up to
Add me SW-7405-4295-8509

But do they do anything? I'd use my Wii U to check the code and see how many times the file is mentioned, but I don't have the hacking abilities some do.

Mario is a semi-comedic character. You can tell just by the shape of his 'Stache® that he doesn't seem to take anything seriously in most games. Unlike characters like Link Mario generally has a very smooth, undetailed texture, usually meaning that the game is more cartoony than hard and/or creepy, which is why Mario games are easier than Legend of Zelda games. However in Super Smash Bros Brawl he has a more detailed texture, and a more intense look on his face, which makes him look more like an actual plumber instead of a guy in his pajamas eating mushrooms and giving funny names to weird characters. In Legend of Zelda games Link takes saving Hyrule more seriously than Mario saving Peach and the Mushroom Kingdom. My point is, creepy pastas and easter eggs aren't exactly Mario's thing, but the only three sightings of these mysterious "trees" are in the ShiverBurn Galaxy, the Grand Master Galaxy and World 4-4 of Super Mario 3D world. Maybe these originated in a more intense game with a more thought-out plot, such as TLoZ. Not to mention Hyrule is a large area with a lot of secrets. There's bound to be a few easter eggs in there. The alien ghost theory is based on another appearence of the Trees in Super Mario 3D world and another easter egg, a UFO which can apparently be seen by looking through a specific pair of binoculars. The Trees are supposedly seen if you stay in a ghost house long enough, leading some to believe they may be a form of Boo. But there are a lot of theories. Some think that they are Endermen from Minecraft. Some think that they are Floos from Super Smash Bros Brawl. Some think that they are a mysterious enemy, who will haunt your games, causing them to glitch and look scary. Some think that they are some dumb easter egg, but clearly they are not. Nobody makes up a character as creepy as a hell valley sky tree and puts it in a game as fun and bright as Mario Galaxy 2 or Super Mario 3D world. As I said, this seems to be some sort of Legend of Zelda monster.

But you are right. Clearly they want to stick their invisible noses in Mario's business... or the player's.

I tried challenging them to a battle at the Observatory of Mario Galaxy 1. So far no response.

http://someordinarygamers.wikia.com/wiki/Going_Beyond_Hell_Valley
This is something I read. Again, with the type of character Mario is, and his naturally high-pitched voice, it's hard for him to scream without sounding funny. Seriously. Just imagine Mario walking along, minding his own business, when he turns around and he sees... something creepy that he's never seen before. "Wahhhhhhhhh!" he would say, unable to make any better scream for the occasion. So the monster looks at him funny. Mario clears his throat. "Wahhhhhhhhh!" he says again. The monster looks at him curiously. "That is my terrified scream." Mario says. "Oh," says the monster. Then there is an awkward silence. Mario breaks the silence, saying "Wanna go to McDonald's?" "Sure." says the monster. "I'll buy," says Mario, as they walk off into a green pipe as the screen fades to black.

Doesn't quite work, does it...

It makes me half want to play Super Mario 3D World...

I'm also half-afraid of these things just because of how they look.

Let's see pictures of those trees. Put them on imgur.

Here is one. They are very strange. 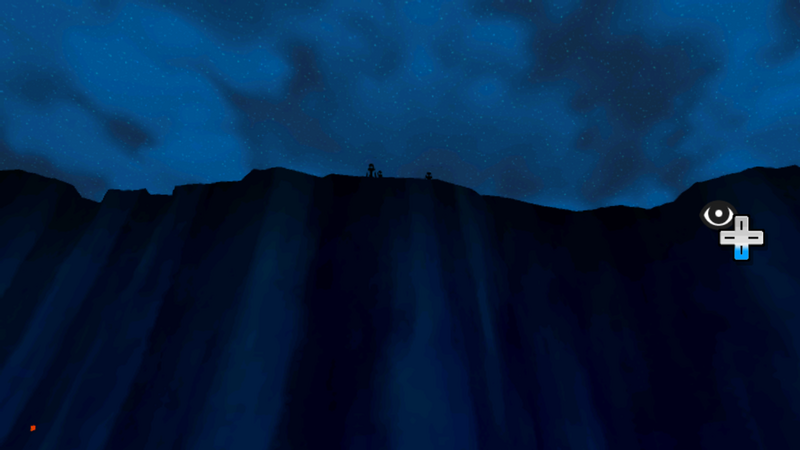 Also probably my last creepypasta for a while... but then again the only other one I've seen is Herobrine.

I have solved and confirmed the mystery and put the answer on Super Mario Wiki!

They are kodamas. They are so cute!