Ok so heres the deal.

I need help finding something, you see recently I had a house fire that damaged some of my possessions of which was a 6 1/2 ft tall Super Mario cutout. I was told that it was sitting in the lobby of Nintendo America as a promotional for Mario64 If there are any pictures of it sitting in the lobby that would be wonderful. I was hoping of finding out if there are any pictures of it online anywhere so it can be claimed on insurance.
Heres whats left of it : 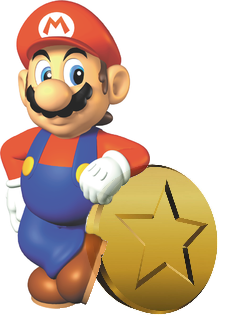 I'd like to find out as its one of the few things I have when I moved from Redmond back in 2007. Its been with me for a long time and I would love to see if I can get it replaced.
You must log in or register to reply here.
Share:
Facebook Twitter Reddit Email