Was Mega Man 7,X2 or X3 ever released in the UK? I know that it got a release in Europe but It's not certain if it came out in the UK specifically .

The back of all 3 of the boxes claims that it was distributed in England by a company named "Marubeni" but there are NO records of this company ever existing. Laguna Video Games distributed it to eastern Europe, that's a fact.

Mega Man 5 on the NES had the treatment of being released in certain parts of Europe, is it the same for these games?

If you search on Ebay or any other shopping site you will ether see the German or Spanish versions of these games, NEVER the UK version, I've been searching ever since I started collecting in 2011.

Does anyone who was alive in the mid-90's ever recall seeing these games in UK shops? Does anyone have a definitive answer?

It does say Marubeni on the back of the box of Mega Man 7. 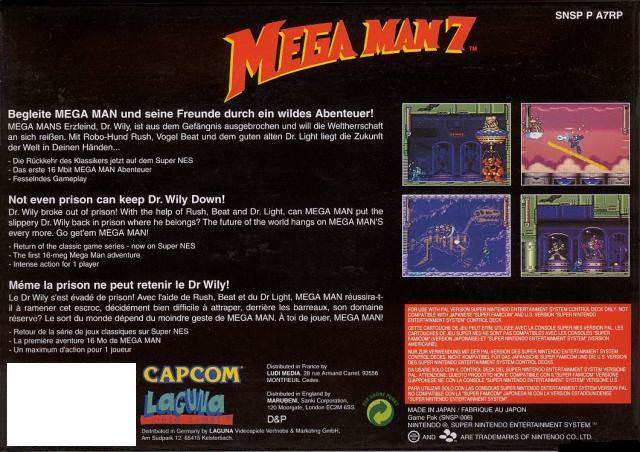 You should give the UK office a call just for kicks. They probably won't know what the hell you're talking about.