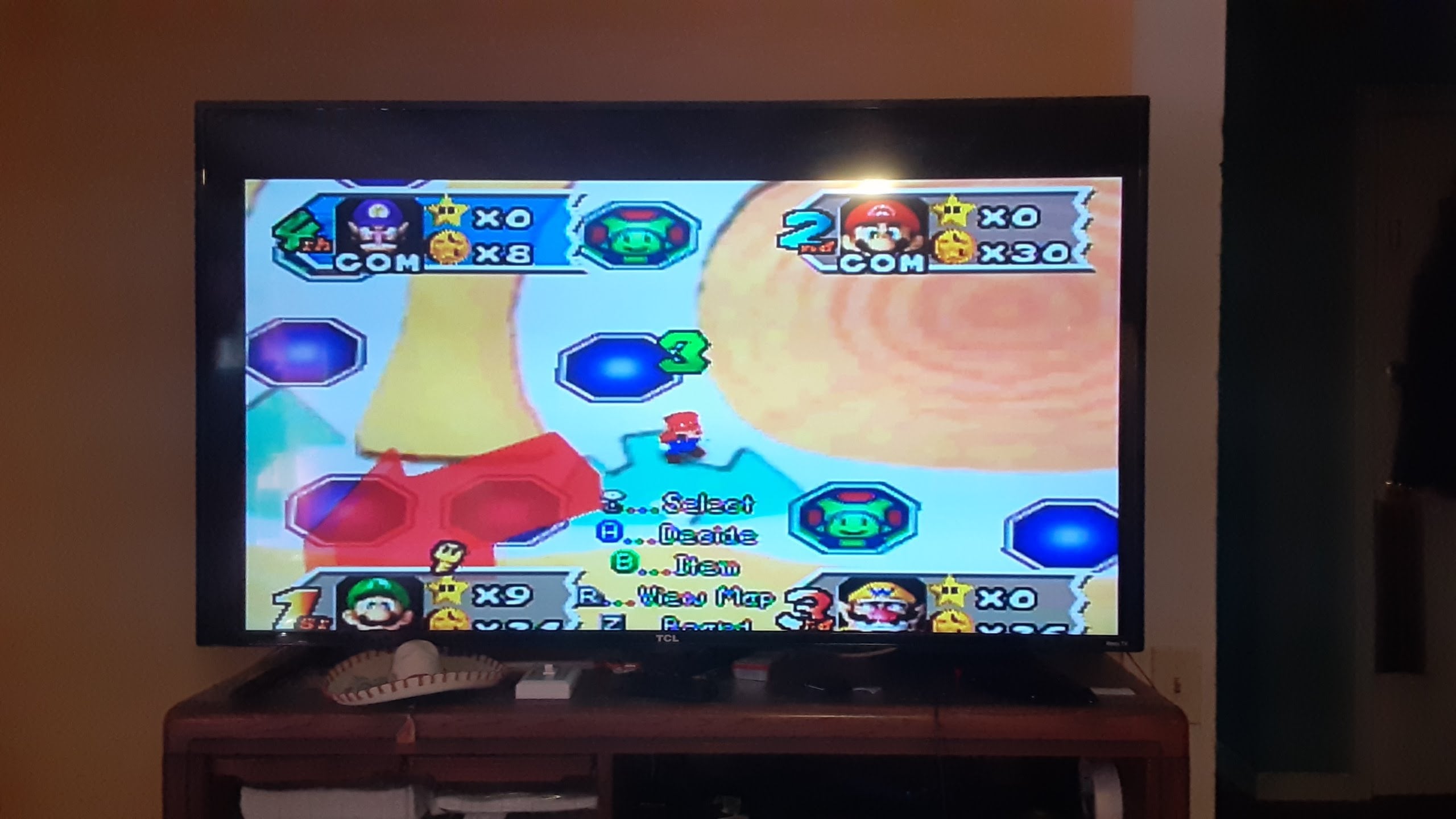 I'm on a TCL Roku TV Model 55US57-W and just recently got my N64 working on it via RCA cables. I tried changing the picture size, but u can only change it to Normal, Auto, Direct, Zoom, or Stretch(which make it look worse). As u can see it cuts off a little at the bottom. I tried replacing the RCA cable thinking it might be the cable giving off a bad picture, still same. I tried it on my Insignia TV and it did the same thing. Idk if it's bc the tv is to big for it to register the proper size or the system itself Or maybe even the game. I saw another post like this where someone suggested it might be the 240p output and to try a game that requires the expansion pak bc it bumps it to 480 and to do that to confirm it is the 240p. I tried Perfect Dark, still same issue. Anyone run into this problem? If so were u able to fix it at all? Idm it to much but when playing gams like Zelda or Mario Party 3 it'd be nice to see how much rupees I have along with the full Mini-Game controls.
You must log in or register to reply here.
Share:
Facebook Twitter Reddit Email