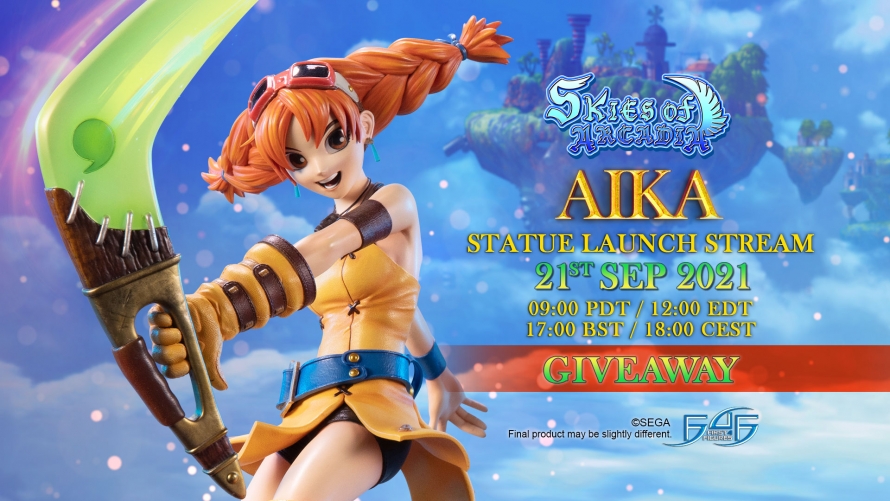 Here are their sneak-peak teasers ahead of next Tuesday's release showcasing the new statue at different angles:


First4Figures is also hosting a giveaway for one lucky participant to win a copy of this new statue, details are on their blog post here: Skies of Arcadia – Aika Statue Giveaway

Aika will be the second statue in this line following their previous release of Vyse back in 2015. If sales perform very well the likelihood of other characters in this series being made significantly increase (Fina, Drachma, Gilder, etc.), so please help spread the word to groups or anyone you know who may be interested, thanks everybody!
You must log in or register to reply here.
Share:
Facebook Twitter Reddit Email