Princess Peach needs no introduction.
Princess of the Mushroom Kingdom, we know and love her since the beginning.
Originally named Princess Toadstool, she's been a mainstay in the Mario games since the very first adventure. Over the years, she's become much more kick-ass, and has even starred in her own game (Super Princess Peach).
Princess Daisy is more of a newcomer.
Princess of the of Sarasaland, we've loved her ever since she first appeared in Super Mario Land as the damsel in distress (replacing Peach). Her appearance in Mario Tennis (amazing game, by the way) rocketed her into fame, and since then she's appeared in the Mario-themed sports game.
She was also in the 1993 movie, but let's collectively forget that even happened.
Who's your favourite? I have to go with Princess Peach, just because that was who I always used to pick when I played Super Mario Kart back in the day

I'd also would have to cast my vote toward Princess Peach. Although I do like Daisy, Peach has just been awesome ever since Super Mario Bros. 2. Her jumping-floating ability was just too useful for that very, very weird game.

I've never played Super Princess Peach - for anyone who's ever played it, was it any good? Metacritic gives it a 75% which is pretty solid.

But really, I prefer Daisy. Mario is my favorite fictional franchise of all time, but Princess Peach is my least favorite character from it.

GunGunW said:
Zelda. But really, I prefer Daisy. Mario is my favorite fictional franchise of all time, but Princess Peach is my least favorite character from it.
Click to expand...

Hahaha yes, Princess ZELDA! I'd pick her over Peach or Daisy any day. Especially if we're playing Super Smash Bros.

But tell me, why do you not like Peach? You're telling me that you dislike Peach more so than say, Birdo or Waluigi?! How so?

...and I don't think I know for sure if I could explain why I don't like Peach without either going in on the hating territory or starting a debate.

...and I don't think I know for sure if I could explain why I don't like Peach without either going in on the hating territory or starting a debate.
Click to expand...

@GunGunW No offense, but I do hate Waluigi. He is just plain old ANNOYING!

Daisy's my personal favorite, just because I identify more with her tomboyish personality and she's got so much sass in the way she carries herself. She also carries a bit of a nostalgia factor since I always played as her in Mario Party games or any of the other sports-related Mario games that popped up when I was a kid.
But Princess Peach earns a recognition, at least, in Super Paper Mario. She goes from being a damsel in distress to a fighter that stands up to Bowser and all the other enemies that come in her way. I loved how she managed to fight off her enemies and negotiate through words but still embracing her femininity. It was super refreshing.

Y0shiM0n said:
@GunGunW No offense, but I do hate Waluigi. He is just plain old ANNOYING!
Click to expand...

Uh oh, looks like I may have started a debate.

I never felt a concetion with Daisy. Also maybe because her voice is sometimes really annoying me.
Since I played double dash I even hate it more. I dont think she is a bad character, just a no-no for me haha.
So I have to stick with peach or rosalina when it comes with the Mario Princesses franchise.

Rabbid Peach is the best From
The World That Never Was

no sexy videos of mr.mario hehehehehehe well its kindly serious but i like the pics its very great. im cathy im avid fans of nintendo forums 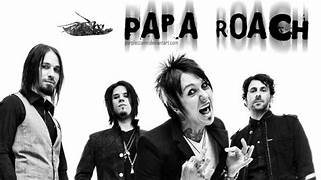 well heres the pics of mario in comics